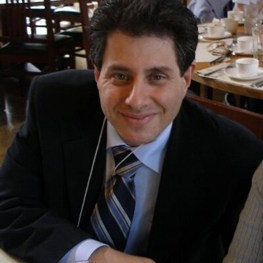 Happy Spring, everybody! By now most of you have returned from your spring breaks, and probably are ready to make your decisions on your renewals and new products from the consortium. The committee has recently released three new reviews: NewYorkTimes.com, Noodle Tools, and Curriculum Builder. Reviews on Power Notes, Cochrane Library, and a comparison review of multi-publisher Ebook platforms are in the near future, while further down expect to see reviews on EZProxy, Nexis Uni, LibInsights, and Ovid Nursing collections.

The EAR Committee has certainly been busy both in its advocacy and its reviews. You might remember in the February issue our article where we “shone the spotlight” on two vendors that had elements that were a bit questionable. Films on Demand had apparently got seriously lax on adding new movies that would be already closed captioned as they promised in their section 508 compliance statement in 2011 while Gale was having obviously opinionated or mainstream magazines appearing under the “Academic Journals” tab in a search in their Academic One Search platform. Both vendors not only responded swiftly but also made efforts to take action. Films on Demand provided to the EAR Committee the complete catalog of all of the films that were currently not closed captioned in the Master Academic collection. Then in a matter of three weeks managed to close caption 90% of them. Yes, in three weeks! At ALA Midwinter, I met with one of the representatives of Films on Demand. They also promised hereon out to be more diligent in close captioning at a regular basis any films that are not close captioned when added. The only exception would be videos that are in a different language. They are planning to add a subtitle limiter both in the platform and in the admin settings in the future (though keep in mind most World Languages videos do NOT have subtitles). Of their other collections he did warn that none of the movies in the Feature Film for Education collection have captions. Two members of the EAR Committee reviewed the Feature Film collection and found that while the films were not close captioned, around 90% did have English subtitles which can be sufficient.

Gale meanwhile responded by going through their title list and updating it, assigning to the correct type of publication. Titles such as National Review and American Prospect no longer appear under the Academic Journals tab in Academic OneFILE. However other titles like Dissent, American Libraries and Information Today still do. A Gale representative said they would further review their title lists, however they still insist that not all “Academic Journals” are peer-reviewed, and other “journals” such as trade journals will land underneath this tab. They said that just like in ProQuest or EBSCO students need to simply limit searches to “peer-reviewed.” The EAR Committee countered that argument by reminding them that if students see results appearing to be limited to “Academic Journals,” they could think a peer-reviewed limiter would be redundant at that point. The Gale representative did say we had a point and they would further review.

The EAR Review Committee meanwhile has bold plans next year for further important work on our libraries’ behalf and with respect to advocacy. While a new task force in the EAR Committee will be managing the second cycle of the deselection of our ten years’ NetLibrary shared Library collections, there will also be a review that explores the collections of Ebook subscriptions, looking at how well they satisfy community college needs, what seems like extra padding of titles (either due to public domain, open access, Nova Science or unnecessary titles), and most importantly identifying seriously dated titles and insisting from the vendors serious weeding/deselection procedures as their subscriptions continue to “age.” We also plan to write columns in the CCL Outlook on future “Spotlight” articles whether to criticize or praise, and “Keeping an Eye on the Big Three” vendors—Ebsco, Gale and Proquest as these three vendors seem to have the most products we use and while in some ways their perodicals database interfaces may have been the same over the years, there are other details we think we should constantly update you about (such as the most obvious, add and drops of titles in their products). Let alone it may be worth while to see how any of these three (or others) handle products of a vendor they have acquired as the companies continue to grow and have larger scopes.

Last February, I attended ALA Midwinter to provide back to the committee a lay of the land of vendors—what new products they were featuring, what trends were occurring, etc. I have a report that lists the vendors I spoke to and what they told me. I also had separate appointments, meetings or gatherings with the LexisNexis reps (I’m on their advisory board), OCLC, Films on Demand, EBSCO and Kanopy. Look at my laundry list report from what I gathered from over 30 vendors and how I did my best to advocate on your behalf regarding getting some vendors to work with consortia or that their pricing needs to better match community colleges affordability and likely usage from our students. Next year, the committee may consider meeting a day after SCELC Vendor Day and those of us who attend Vendor Day hope to both learn a lot from vendors, but also that vendors learn from us in a similar manner that I pursued at ALA Midwinter.

Finally, with the academic year rounding up, four of our well valued members are rotating off and I ask all of you to give them a large round of applause for their hard work: April Cuninngham from the San Diego/Imperial region, Rachel Sandoval from the Southwest Bay region, and Debra Moore from the Southcoast region. Shelley Blackman is also rotating off and has served well as our Vice Chair the past two years. Their important volunteer work they have provided such as to the reviews, the discussion, and the advocacy have been crucial, and they have given James considerable strong feedback with respect to the consortium’s current and potential future offers. The CCL Executive Board had voted to revise the EAR Committee’s language to create the role of Past Chair to serve as a Vice Chair during a Chair’s first year, so I will be serving an additional year in that new role. The Board is looking for names of members to represent the three regions and for the Chair position for 2018-2019 (as of this publication, so far of the upcoming vacant regions, the Chair and the San Diego/Imperial region have at least one nomination for consideration of which they will vote on May 4). We are still looking for nominees to regionally represent the South Coast and Southwest Bay regions. If you are a full-time librarian from either of those two regions and are interested in serving on the EAR Committee, please contact me at nbuchwald@chabotcollege.edu or at 510-723-6993. You can also contact James Wiser or Doug Achterman, if you wish.

Our final meeting will be a teleconference meeting from 9:30 a.m. to noon on April 27. I will be posting on the listserv the cccconfer login directions within a few days before the event. Every California community college librarian is always welcome to be a guest and participate. I would especially strongly encourage any nominees for the Chair or for the regions to join us for this meeting.